EuroTankWorks is an engineering enterprise, specialized in tank production, construction of bulk plants, having more than 10-year successful market experience. We carry out professional project planning and design of the units, produce the basic equipment (tanks and metal frameworks), provide construction and assembling works, as well as repair and operation service of the tank farms.

Our customers – mainly represented by petrochemical industrial enterprises, demanding the highest standards of quality, safety and legitimacy of all operation processes. We have also accumulated sufficient experience in cooperation with large-scale and medium-size agricultural companies and food-processing industry, requiring construction of storage facilities for fluid products and bulk stocks.

Our storage tanks and tank farms operate throughout Europe, Russia and the CIS countries. The territory of construction and assembling works is also very vast, as our teams are usually busy at 5-10 construction sites throughout the Eurasian continent at the same time.

Over the last years we have been continuously investing in modern management and development technologies. We have made the company a client-oriented one, we create a web-resource providing the full range of expert technical information for the branch specialists. 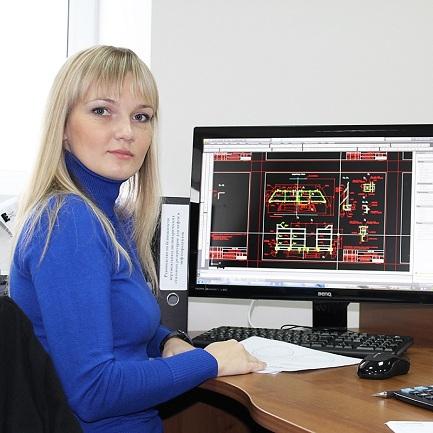 It offers the following types of service:

Our main distinctive feature is to be seen in keeping our approach close to practice. As our company, producing the basic tank farm equipment itself, provides the construction and assembling on turnkey basis, our specialists are well informed and experienced in choosing the really effective type of equipment, technologies that have proved to be appropriate in the Russian conditions, as well as in avoiding difficulties at the stages of construction and the following operation of the unit. 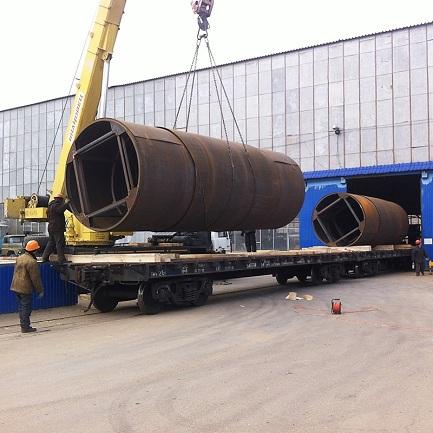 Our tank manufacturing site is fully equipped for production of:

- Vertical steel tanks of 100 m³ to 20000 m³ loading capacity, produced by either coiling or plate-by-plate method. Coiling machine and automatic flux welding are used in the course of production.
- Horizontal steel tanks, storage tanks. Production process is fully automatically operated, with the use of columned welding keys and Lincoln Electric welding equipment, which ensures ideal quality of welding joints.
- Silos and storage bunkers for bulk stock and construction materials. These may be produced in the form of either coiled work pieces or finished units, depending on the type of construction framework.

Tank production enterprise EuroTankWorks is also equipped with the mechanical metal processing facility. We ourselves produce manway plates, fitting pipes, formed parts for tanks and storage units, thus reducing the final cost of the finished item for the Customer.

We deliver our products all over the world. We use automobile transportation to deliver tanks within central part of Russia (self-owned and rented trawls, trailers), while railway is used for further distances. Loading to platforms and open wagons is performed at the plant site, having its own branch railway line. 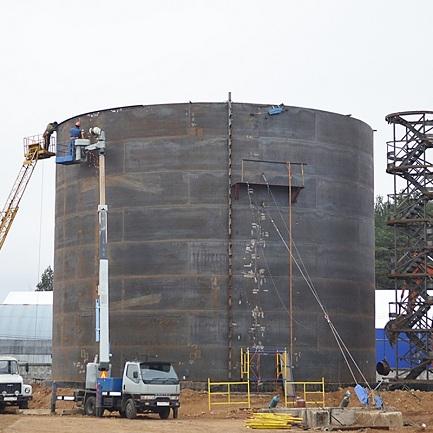 Construction and assembling management team has been developing for more than 10 years, gradually increasing the number of engineer and technical specialists, welding and assembling operators, the range of construction machines, making up a full set of modern welding equipment and instruments, expanding the departments of technical support service and technological control.

At present our company has a really mobile construction and assembly structure, compared to a big number of enterprises that have simply bought the necessary permissions and licenses.

Our construction and assembling team operates throughout Russia, the CIS and Europe. Our teams are fully transportable and absolutely self-supporting at any construction site.

The managing company is meant for coordinating control of the spheres of tank production, construction, installation of tanks and project planning.

It invests in modern management, it bears the function of presenting the enterprise’s service at the international scale. It includes the group of professional project managers, responsible for all stages of each customer’s project.

In our customers’ opinion, EuroTankWorks has a number of strategic advantages:

History of the company 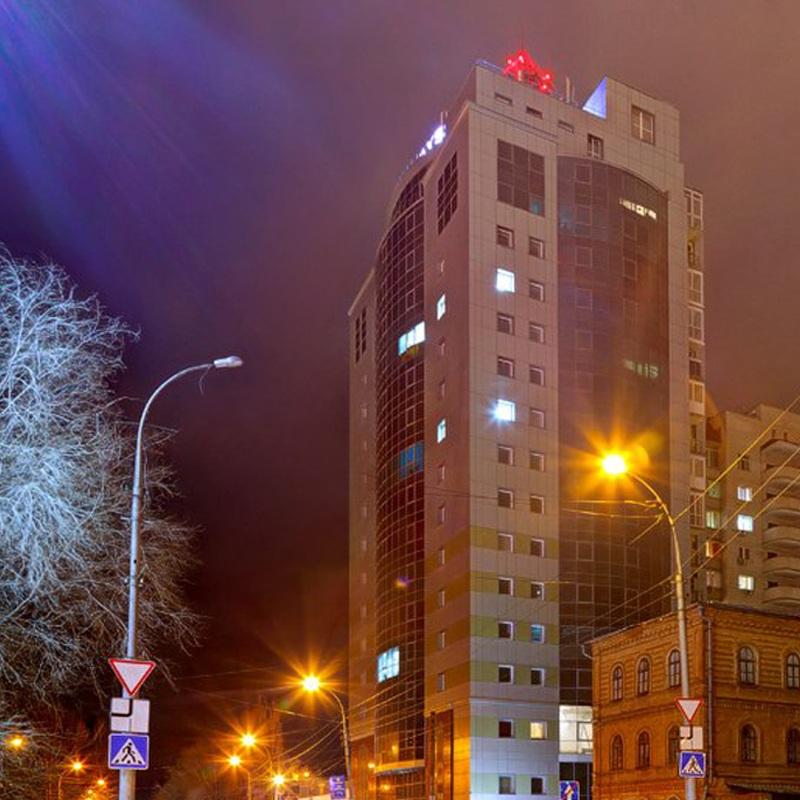 ESTABLISHMENT OF THE MANAGING COMPANY EUROTANKWORKS

For the purpose of coordination of fabrication, engineering and construction branches of our business in 2012 we established the Managing Company and a corporate brand EuroTankWorks. This company is the holder of all licenses, approvals and authorization documents.

For the customers comfort we assembled a team of professional Project managers who control execution of each order on all stages.

Goes on the development of Engineering Design Department. We were fortunate to hire the best industry experts and delved into a specialization of designing of oil tank farms and tank batteries.

In the first year, the Company takes part in the installation of high-pressure gas pipelines at the Stepnovskoye Underground Gas Storage Facility (Gazprom, Russia). 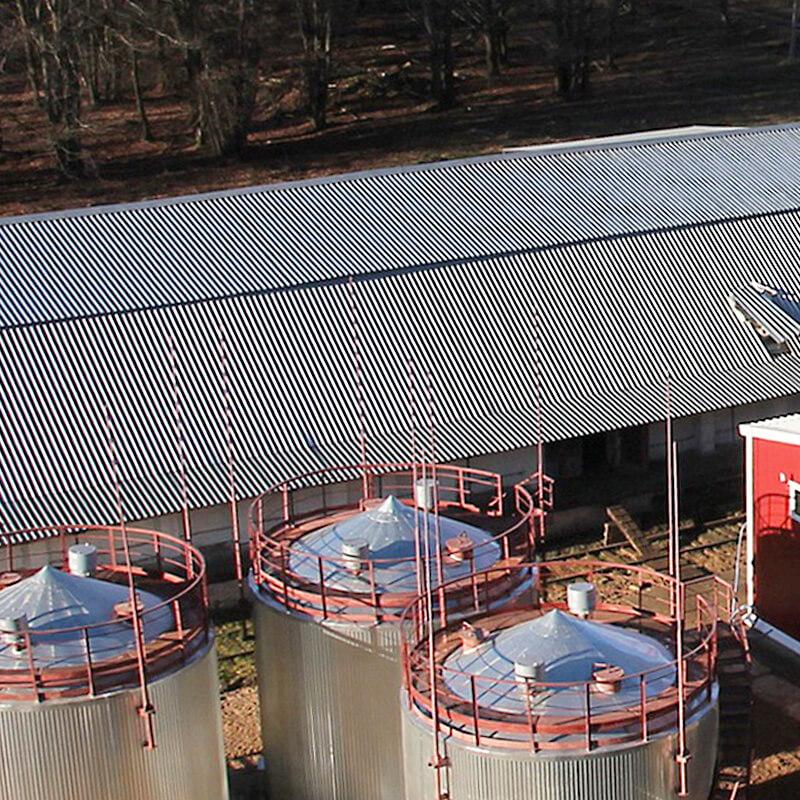 Active access to the Russian market with the service of “turnkey” construction of tank farms - from the project to commissioning.

A tank farm was constructed in the Smolensk region for the Oilseed Processing Plant.

In the village of Sorum, tanks for drinking water were erected.

In the Penza region, we built a fuel storage tank farm for Wärtsilä, the world leader in the market of power and marine equipment. 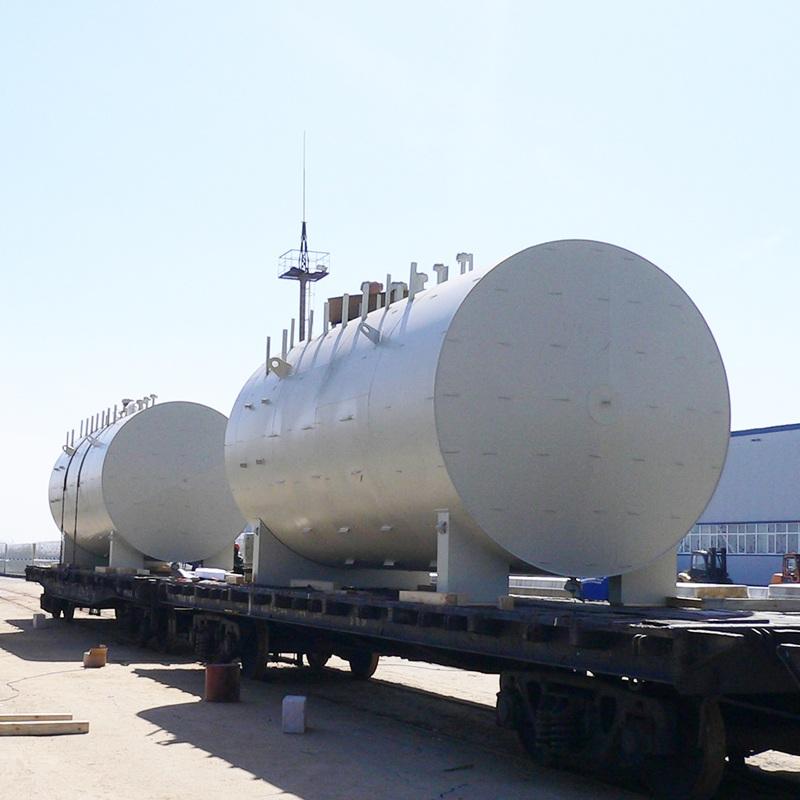 From 2013 to the end of 2015, we increased 4 times the share of export supplies of tanks and equipment in the total portfolio of contracts.

The main export destinations are Uzbekistan, Kyrgyzstan, Kazakhstan and Turkmenistan. 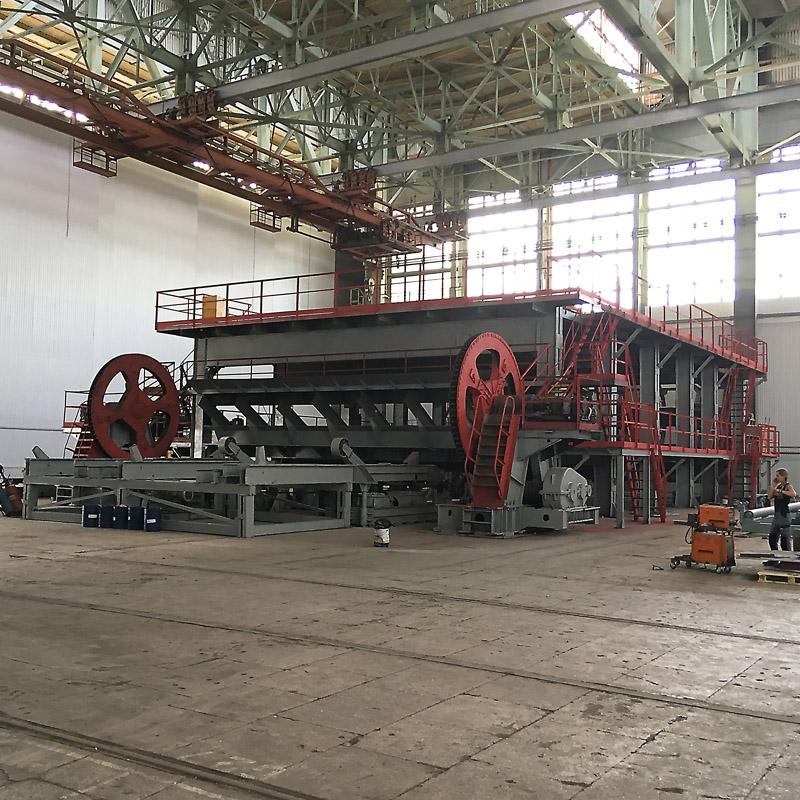 In 2016, a new workshop for the production of vertical tanks was launched. The plant is located on the territory of the former Aircraft factory, ideally suiting for industrial production.

A two-tier coiling stand was purchased. The necessary equipment was purchased, including a longitudinally planing & milling machine for processing sheet metal edges, a plasma cutting unit and automatic welding machines.

Further development takes place in the Design Department. In 2016 a large transshipment tank farm was designed in the Russian Far East in an area with a seismicity of 9-10 degrees. Also 5 design projects of oil depots in central Russia were carried out. 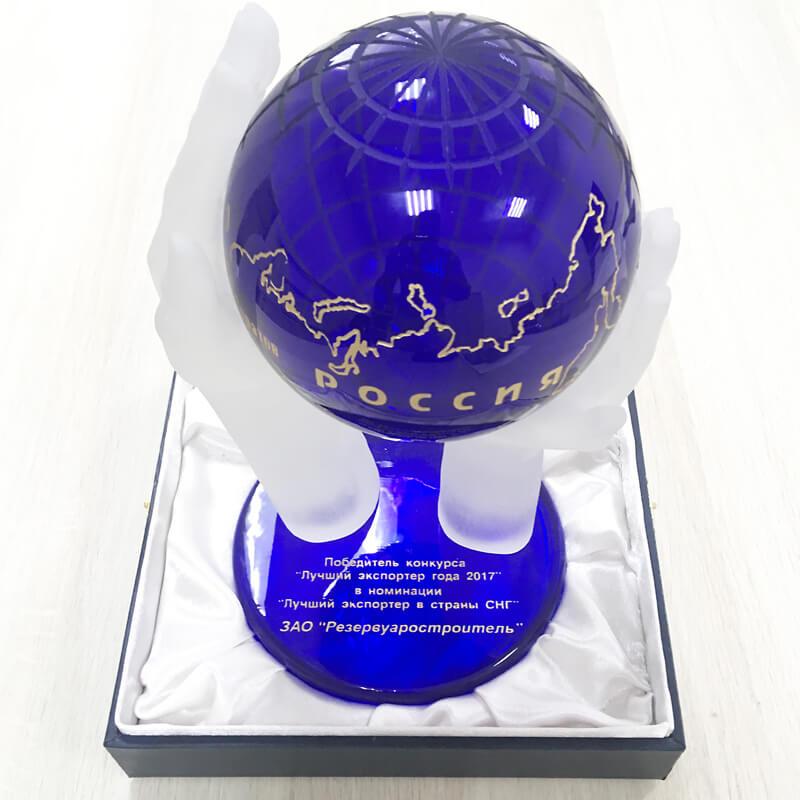 A competition to determine the enterprises of the Saratov region, Russia, the leaders in terms of exports of its products, is annually held by the Saratov Ministry of Investment Policy in conjunction with the Chamber of Commerce and Industry.

Our company received an award in the nomination Best Exporter to the CIS countries.

The awards were presented by Vadim Oykin, Deputy Chairman of the Government of the Saratov Region, Alexei Antonov, President of the CCI and Oleg Galkin, Head of the Regional Ministry of Investment Policy.